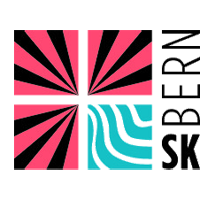 Swimming Club Bern was founded in 1925 by swimming sport fans. They wanted to provide club members with the possibility to do amateur and professional swimming sports. In the course of time such kinds of sport as swimming, water polo and diving have been established. Apart from its activities in mass and competitive sports, SCBU with www.bernschwimmt.ch runs the largest swimming school in the greater Berne region. Every year more than 500 children learn about secure moving in and around the water, as well as technical basics of for backstroke, crawl and breaststroke swimming with us.

In 2015 we celebrated our 90th anniversary. After the launch of our new website, successful performance of our swimmers at the Summer Swiss Championship in Worb, organization of Swiss Championships in jumping in Köniz and Berne, swimming day with mass sport meeting, Sprint Night on August 29 in Worb referendum campaign for the indoor pool initiative took place in November. In 2015 our swimming school www.bernschwimmt.ch was converted to the new system "Kids learn to swim" developed by Swiss Swimming. It is connected with coordinating semester courses with schools and implementation of four triage days per year.