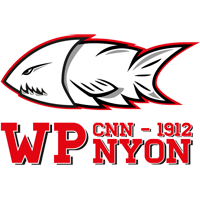 On 14 August 1912, a few brave athletes decided to unite and create what has now become one of the biggest sports clubs in the district. It first offered swimming and water polo in the lake. The club then grew as time went on.

In 1971, the club opened an outdoor pool Colovray. It allows the club to train in other conditions, including an inauguration of an indoor pool covered in rocks in 1979.

The year 1987 marked 75 years of the club. A book was published in 1985, including the last Swiss Swimming Championships. In 1989, a triathlon section was created and quickly met, like other sections of the club, with great success.

In addition to the proposed activities, CNN is known to most of the population in the region. Either for swimming courses for nearly a thousand children each year, followed by aqua aerobics classes too many assiduously people, or the various events organized by the club over the month.

The 2012 will remain forever engraved in the history of our club. It has seen a succession of 25 presidents and an unimaginable number of members. A rich and memorable history for a club that, despite its age, is still young and vibrant.

The last national swimming event put on by the club was the Swiss Swimming Championships held from 29 June to 1 July 2012. The club was a founding member of the Federation Swiss swimming in 1918.