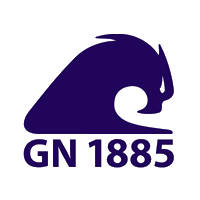 In 1885 a group of pioneers laid the foundations, on the right bank of the Swiss Stadium, which would later become Geneva Swimming.

In 1910 the Eaux-Vives circle swimmers Geneva was created.

Our town then became one of the landmarks for both swimming and water polo. Despite the lack of swimming pools and basins, Geneva has never merited in competition.

Through the dedicated efforts and conjugated leaders, the City Council of Geneva narrowly won a vote in favour of the creation of the Vernets pool. The inauguration of this aquatic complex in November 1966 highlights the perfection of these facilities, which is still admired by connoisseurs today. We should pay tribute to Maurice Cloux, who was the real initiator. We organize several events, some of our popular events remind us of the heroic age: Crossing Geneva, race and walk, downhill to the Rhone Goats ride, humorous descent and rescue simulacrum, which draws a crowd on Saturday afternoon on the bridge of Mont Blanc. Among these new competitions, there is the relay championship of Schools and Colleges in Geneva, swimming tests, including other courses.

In 1969 Geneva Swimming rose ahead of Swiss swimming by obtaining high rankings at all events. It goes without saying that almost all the champions of Geneva Swimming were part of the national team, and have worthily represented our country abroad.

In Los Angeles, the 1984 Olympics were particularly devoted to our 100 years of age and success, as six of our swimmers were selected there. Maria Theresa Armentero, Dano Halsall, Thierry Jacot, Theo Francis and David, Etienne Dagon, qualified in both individual and relay finals.

Our club has mentored thousands of young people since its inception and led swimmers to 23 selections in the Olympic Games since 1972 to date.