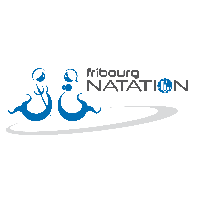 The club was founded in 1925 by Messrs. Eigenmann, Hefti, Bachmann Marguet and currently has 600 members divided into 6 sections:

The Swimming section having had its heydays in the seventies currently allows any youth to climb the ladder, leading to the competition group.

The water polo section dates back to 1933, polo players gradually integrate into the current team, National League B.

The lifesaving section has been active since 1948; although more discreet in purely sporting terms, it is a purveyor of many Township rescuers.

Founded in 1963, the diving section has been shining nationally for eighty years. It is now, thanks to group of enthusiasts who opened it, one of the jewels of the club.

For twenty years the triathlon section allows its followers a triple effort to pursue their passion, whatever the level: leisure sport in the world championships through national events.

The Fribourg Submarine section is the youngest sections of Fribourg Swimming club and added in 1994, it’s a playful note to our aquatic club activities.