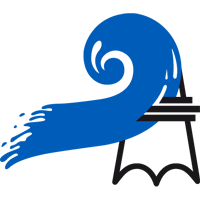 The Basel swimming club is one of the largest swimming clubs in Switzerland and a recognized base camp of swimming, as well as youth talent base in water polo and triathlon. Currently there are over 450 members in the team – 160 of them are licensed. The swimming club has deeply rooted to the sports scene of northwestern Switzerland and has a vast catchment area (Basle-City, Basel-Land with the suburban communities, Aargau, France and Germany).

Water polo has had a very high priority in Basel for a long time. For more than 20 years with its first team SV Basel has been taking part in the National League A or B. In 1994 titles of champions and winners crowned hard work of the team members. Unfortunately, team didn`t manage to repeat that success. It was followed by the third place at the championship and at the Cup. At the end of the season in 2006 the team was descended again to the former NLB league. In 2008 the team reached the promotion to the first division again.