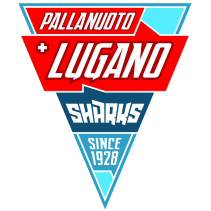 In the summer 2002 the Lugano Swimming Society (SNL), founded in 1928, and the Lugano Swimmers 84 (L84), founded in 1984, were merged into Lugano Swimming Synchro Water Polo (LUG). The main purpose of this consolidation was to create powerful organization for further competitive growth of three swimming disciplines. Lugano Water Polo (NPS) inherited 12 Swiss champion titles won by SNL from 1928 to 2002, that garnered the support of other Lugano teams and sports.In July 2014 club got it’s 13th title, this season left mark in history by breaking many records including 5- month playing without a defeat and 100 goals scored in regular season.In the season 2011-2012 the club finished with the fifth place and it was the worst result in the last five years, in 2013 many young players came to the team and got the third place.On July 24, 2014 Lugano won its 14th National title defeating Kreuzlingen SC. On December 20, 2014 Lugano won the first place of the Swiss Trophy, a tournament organized by the National Federation dedicated to players with Swiss license only.